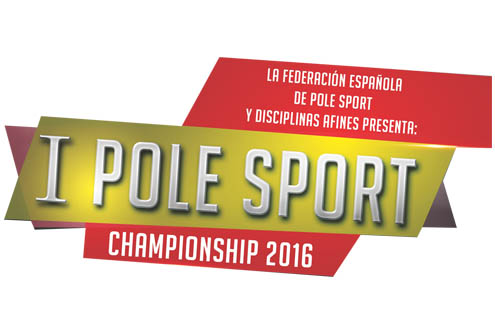 12 PARTICIPANTS FROM TARRAGONA IN THE I NATIONAL POLE SPORT CHAMPIONSHIP

Tarragona will be represented at the XNUMXst National Pole Sport Championship which will be held at the Palau
Fair and Congress on 23 and 24 April. Of the 12 participants in the city, 3 stand out in the elite category, two men and a girl who will also take part in the Pole Sport World Championship.

We highlight the presence of men in the men's category, as so far Pole Sport has been an almost exclusively female sport. Of the 7 registered in the male category, we find two from the city of Tarragona. In two days of competition, 90 choreographies will be performed in different categories according to age, level (amateurs, professionals, elite), whether they are single or double exercises and by sex (men and women).

The championship is conceived as a sporting and recreational event in which various products will be raffled among the public such as free classes, sportswear, laser sessions and menus for two people in restaurants… a way to capture the attention and reward the participation of the public.

Carles Carrasco Sola, from the group "angels and demons", will be one of the speakers of the championship. A born showman who will liven up the two days with his theatrical and fun touches.

So far there are 300 reserved seats. Tickets will be purchased through the internet portal Ticketmaster with a price of € 12 one-day ticket and € 18 two-day pass (management fees not included). All children under 5 years stay free of charge when using adult tickets. The event is organized by the Spanish Federation of Pole Sport, Related Disciplines and ANPSFADA (Artmove Studio).

Pole Sport is a sport that brings together a combination of various disciplines. The exercises consist of an acrobatic performance with choreography that uses a vertical bar as a working tool. A technique that combines strength, elasticity, balance and rhythm. Nearly 90 athletes from all over Spain will take part in this competition, which is being held for the first time in the city of Tarragona. In its first edition, an influx of about 600 people is expected, including companions, relatives, sports fans and the organization.

Pole Sport is considered a competitive sport similar to sports gymnastics, rhythmic gymnastics, etc. The athlete is evaluated by a rigorous jury where he scores according to the applicable regulations. In this first championship the jury will be made up of 2 Spanish members and the rest of foreign countries such as the USA, Hungary, Sweden, Norway, among others. The judges are certified by the International Federation of Pole Sport, a strict regulation that requires a continuous training program and the annual recertification of its members.

With this I National Pole Sport Championship, the organizers hope to achieve the necessary success to turn the event into an annual event in the city. A great opportunity for Tarragona that will host participants, companions, organizers and the general public during the two days of competition.

What's new in your email

Palautarragona.com informs you that the personal data you provide us will be processed by EMPRESA MUNICIPAL DE DESENVOLUPAMENT ECONOMIC DE TARRAGONA, SA as the person responsible for this website. The sole purpose is to send you our newsletter. The data will not be communicated to third parties except by legal obligation. Your legitimacy is done through consent. You can exercise your rights of access, rectification, limitation and deletion of data at info@palautarragona.com as well as the right to file a complaint with the Catalan Data Protection Authority. For more information see ours privacy policy.